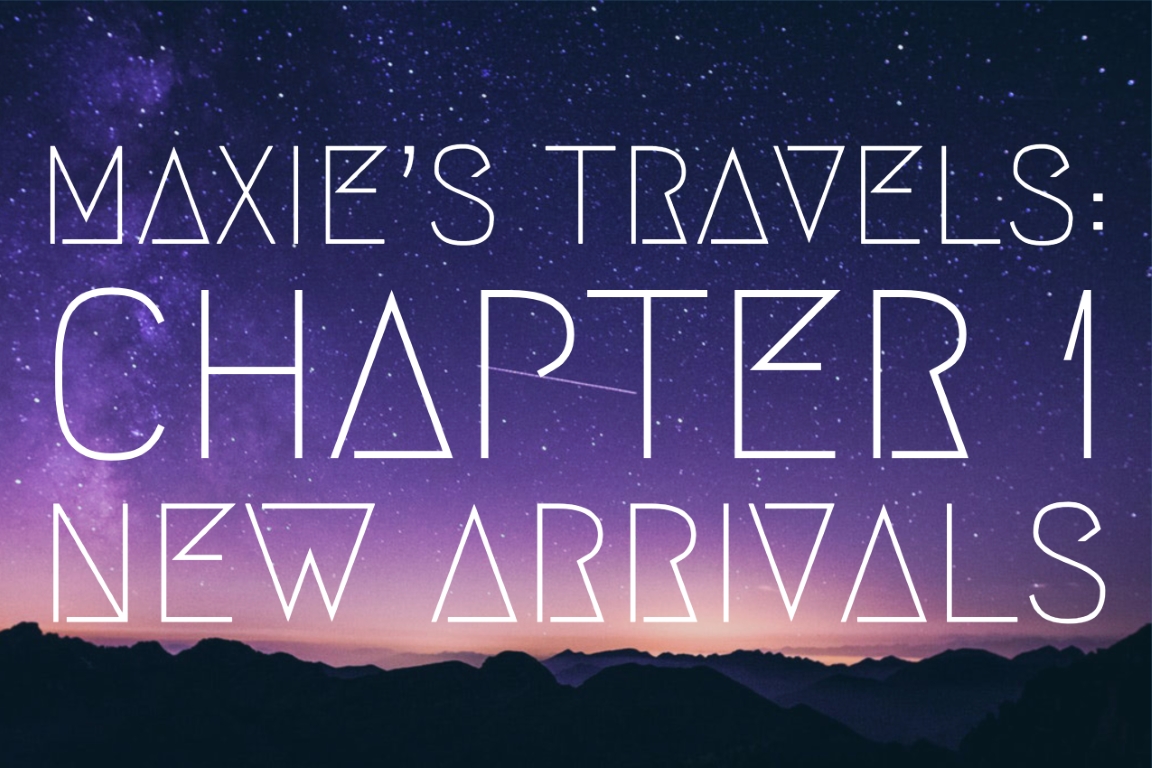 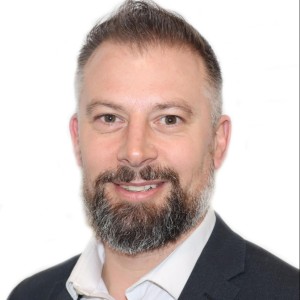 Maxie stepped down from the high step of the coach, scuffing up the red dirt of the road as she landed.  As she mounted the pavement, she looked around for familiar sights; something comforting in this unknown destination. Maxie’s dad swept past her, heading for the luggage bay. He placed a reassuring hand on her shoulder. She tried to return his calm smile, unsure if she pulled it off.

Other passengers began disembarking behind them. Maxie watched as they strode off in all directions, many pulling collars high, and wrestling with wind-proofs to avoid the biting wind. Suddenly Maxie was aware that her hair was being scraped across her face in violent whipping movements. She had not even noticed.

She turned away from the dust-filled wind, as one stocky boy brushed past her. He elbowed her out of his way, quite deliberately, and she stepped back, catching her own fall. Maxie caught the smile at the corner of his mouth as he grunted and trudged off. She blew the hair out of her eyes, watching him enter the arrivals hanger. At last something familiar; bullies were reassuringly constant wherever you were posted. Maxie’s dad returned with their rucksacks, and they set off together towards check-in. Behind them, the long caterpillar tracks on the all-terrain bus crunched the dirt as it continued on its route.

In truth, it was not Maxie that was posted – she was ten – it was her dad. He was a botanist (A ‘plant—boffin’ he had explained to her some years ago.) The truth was less modest, as he was thought to be the most brilliant mind in his field, recombined-genetic-botany. Again, Dad has his own definition – ‘Dr. Franken-flower’. His work took them all over the galaxy. Maxie had lost count of the number of times she had started new schools and found new friends, and the equal measure of ‘goodbyes’ months later. Dad was brilliant, the best, but his career was not all gloss and shiny awards.

It was Dad’s job that brought them here, to Beta-Nine. Maxine’s dad worked mainly for the ‘Galaxy D Council’, the government, but he was also sought after by private businesses to develop new strains of plant to serve different purposes in industrial settings. At their last home he had been working on splicing Centrillian ‘creeping-vine’ genes with ‘sun-flowers from Strata 2, to produce a plant that could be used to assist climbers in the mustard mines on Pluto. Dad always shared his work with Maxie; it was one of the things she loved about him. This time however, Dad was unusually secretive about his case.

Maxine squinted through the window of the check-in booth, as the auto-tint engaged, and darkened the reinforced Perspex. She relaxed her eyes and glanced at the strap on her watch. The digits instantly appeared on the deep green holographic readout, sensing her gaze: 8.17pm. Normally she would be reading in bed by now, but as their bodies had to adjust to a new planet timing again, she reset the device for the Beta-Nine day; 31.7 hours. It was really only mid-afternoon!

They had lived on some strange planets over the years. Maxie had developed her own scale to rate them. Beta-Nine it had to be said was well off the scale, way beyond ‘creepalicious’ and ‘oddragous’. It was something new, and would need a definition of its own, she thought. Beta-nine was trapped by the gravitational pull of two solar systems, floating perfectly between two stars. As the other planets orbited each sun, Beta-Nine was drawn slightly towards each, and therefore fluctuations in weather were swift, hard to predict and violent. Together with three moons that pulled it’s oceans in ever-changing tidal-patterns, and forced eclipsed darkness almost monthly, and a thirty one and a half hour day, it was a pretty hostile place. Beta-Nine’s wildlife had evolved over a history significantly longer than that of Earth, and in that time had naturally evolved a vast array of unrecognisable creatures. The clear lines between the various animal groups and plants were by now smudged and faded, and the genetic experiments that had been splashed so sensationally across the news the year before last, now proved the lines were all but rubbed out. Some strange things roamed the zone beyond the high fences on Beta-Nine.
“Bet you’ll be pleased to see Mum, Squirt,” Dad ventured as they crossed the red-gravel entrance to the car park. Maxie, who had managed to keep quiet the whole journey from the space-port, now had to respond. She thought about last time she had seen Mum, three months ago, when she had boarded the inter-stellar flight to set up home ahead of their arrival. The wind died abruptly.

“Yea,” she whispered, “same as you!” Dad grinned back at her, winking as he clicked the remote at the vast car park. Nothing happened. He held the remote higher, frowning, and clicked again. In the distance something raised urgently on four expanding metal legs. It rotated to point in their direction, and cast off its dark protective cocoon. From inside, a vibrant red body dropped to the ground, at the last minute morphing a single-tracked wheel running about its centre from front to back. The track spun as it hit the ground, causing it to lurch towards them, building speed with each passing second. Maxie grinned.

“Yes!” she thought, “Finally something sporty, and red!”

“Thought you’d be pleased,” chirped dad, “Better than the last hire-car?” As it came closer, Maxie realised it only came up to her waist – they would be practically lying down inside!
Dad’s rucksack hit the ground, as the car’s sensors brought it to a skidding halt inches from their feet. The vehicle ran its ‘welcome’ program, automatically opening and shutting various doors, displays and controls, as it narrated their use. Maxie and Dad patiently let it run its course, stowing their bags and jackets and taking two of the three front seats.

“Well, are you ready?” quizzed the narrative. The pair grinned at each other – they had heard the routine more times than they could remember, and knew much of it by heart. Dad pressed the ‘Home’ logo pre-programmed on the auto-nav, and off they set.

It was another hour before the auto-nav began its arrival countdown. “Five minutes from location: home,” it informed them, as they sped across the red dirt road.

The sun was setting in the west, casting a long shadow before them.  Maxie watched it as it grew thinner in her mirror. It became a slim cherry red bulb behind the horizon, which caused a flurry of dashboard lights. These were followed by a flood of light from the front of the car, which bathed the whole road for some distance to light up like the players on a football pitch. No sooner had the light faded with the western setting sun, than to the east, Beta-Nine’s second sun began to rise straight ahead of them. It cast enormous pointed shadows through the mountains far across the desert ahead of them, like dark menacing teeth. The intelli-lights clicked off instantly, returning the road to the previous half-light.

“Wow,” whispered Maxie under her breath, “How do we sleep?” In the silence of the car Dad still heard her.

“That won’t be a problem,” he returned, smiling knowingly. “Anyway, your problem’s normally the morning, not the night!”

She was about to protest, when Maxie was suddenly aware of something peculiar in the sky ahead of her. She strained to see what it was that was high overhead, moving across the path of the sun. She looked straight at the object, wondering how it came to be there. Then, Maxie blinked, hard. Moving across the eastern sun travelled a green and transparent ball, which began to bathe the landscape in an eerie green blanket. Dad called it ‘cool’, and explained that it was Lantern, one of the three moons. As it slowly covered the whole sun, the sky darkened fully, and a green-tinged night fell around the car. Maxie Shuddered. Dad, apparently unaware, kept peering ahead of them.
Ahead the protective outer fence to the city came into view. Before it, two banks of automatic lights lit up like a runway, guiding them to their company-provided home. Past the lights, Maxie could see a modest dome-like shape rising from the green-red dirt, as the light reflected from it with metallic clarity.
Maxie peered at the fence beyond. It was enormous, with thick supports that emphasised the rigid power it held. Maxie guessed at five, maybe six floors high, and continuing in both directions as far as the dim greenness allowed her to see. Dad had explained enthusiastically about the peaceful, private spot they had been given, but Maxie decided to wait till daylight to pass judgement. Why was the fence so big? What were they trying to keep out?
Once off the main track, the lights of the car illuminated the dark red and spiky plants that surrounded the driveway, and trooped towards the house. She followed the beam as it spread across the path, the plants, the fence… Was that a hole? She gasped, but the car and the lights moved on, and she could not turn back to check.
The car slid into the underground garage and shutdown. The echo of the engine died, and as they stepped out of the plush interior, the darkness and silence surrounded them. Where was Mum? Why had the auto-lighting failed? Maxie strained to peer around the garage, using the faint illumination from the green light outside. She held her breath, and listened.

“Dad, where’s Mum?” she quizzed, still looking around them.

“Don’t know,” he replied, shrugging, “Perhaps she’s forgotten we arrive today – she might be out.” Maxie thought that unlikely, and continued tentatively across the room, to the stairs. Her eyes widened. Sliding up the stairs was a thick, speckled tail, dark and shiny. Maxie reached for Dad’s arm, and pulled him nearer. He too saw the tail disappearing up the stairs, and put his arm around her. Had there been a hole in the fence? Had something got through? Her mind raced. The tail followed its owner into the house, and a series of deep thuds signalled its retreat, followed by a clicking, rasping sound. Maxie’s dad picked up a torch from a nearby bucket, and cautiously led the way up the dark stairway.